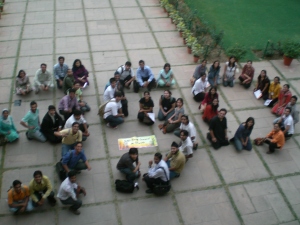 “In a complete reversal of international trends, new cars in India are spewing more greenhouse gases than older models, pushing up emissions in Delhi alone by 72% in five years (2002-07), the Centre for Science and Environment said on Monday, releasing its analysis of emission data accessed from the Automotive Research Association of India.” (Times of India, 03/06/08).

Fuel guzzling cars hit the road in Delhi with fuel efficiency having dropped for post-2005 models even with engine sizes having remained the same. This in the back drop of 1,000 vehicles a day being added to the streets of the capital and a strong negative media campaign to scrap the much needed Bus Rapid Transit (BRT) system launched this April. The BRT when completed would cater to approximately 80% of the city’s commuters (including pedestrians and cyclists). For the first time, connections are being drawn between the rise in the number of cars and not just particulate emissions, but also carbon emissions.

May 28th, 2008: Delhi’s youth and young professionals convene for the first ever, Delhi Youth Summit on Climate (DYSoC) to debate the fate of the city’s developmental future in the backdrop of a climate constrained world. Here everything from water supply to waste management, and energy & transportation to new urbanism were discussed. Solutions from the youth were drafted into a Delhi Youth Charter on Climate. Youth and young professionals from all over the National Capital Region (NCR) and from many other cities including as far away from Hyderabad and Chennai descended on the capital and broke out into working groups to debate the solutions. Insights were also given on the role of youth in policy making and how to move forward with the charter for effective action. Over 150 participants including observers from various NGOs were present and the atmosphere was charged with positive “can-do-ism.” 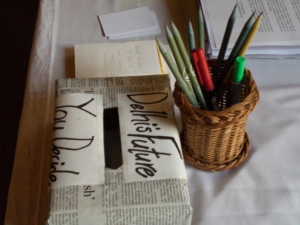 “youth should have the same views as their elders” attitude. This is something the nascent youth movement on climate change in India will hopefully be able to indirectly address. After all, with the nation being 75% below the age of 35, it is the future of the youth that is being negotiated by the elders. It’s time their say is taken into account. One thing is for sure: increasingly the connections between rapid development and climate change are being made in a nation that is still struggling to come to terms with per-capita emissions (1/20th of the US per-capita emissions) and its own growing responsibility in this global challenge.

The draft Delhi Youth Charter on Climate can be found here: draft-delhi-youth-charter-on-climate

Kartikeya Singh received his Master of Environmental Science degree at the School of Forestry & Environmental Studies at Yale University and a PhD in International Affairs from the Fletcher School of Law & Diplomacy. His research interests include climate change and energy policy and innovation.